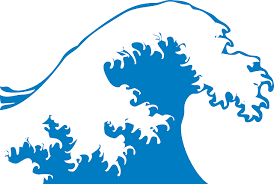 Creating Electricity for the Ocean

Eco Wave Power is a company founded in 2011 which is the only company in the world that turns ocean waves into clean energy, connecting wave floaters to the power grid. Since 2016 the Wave Farm has been providing Gibraltar, a tiny country bordering Spain, with electricity. Eco Wave Power is also a 2019 recipient of the United Nation’s Climate Action Award. 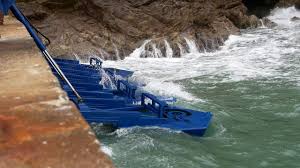 Generating electricity from the ocean

According to the U.N. Climate Action organization,”The project generates clean and affordable electricity, using a simple design that allows the project’s uniquely shaped floaters to be attached to existing man-made structures (such as piers, breakwaters and jetties), and thereby simplifying the installation process, as well as maintenance and accessibility.” 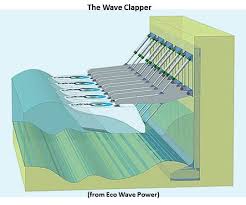 *Wave energy has historically been uncommercialized due to the complexity of extracting energy from the ocean. This project has successfully developed and commercialized wave energy, resulting in a grid-connected array that has operated continuously since 2016.

*In 2018, the station set a world record for wave energy when it clocked over 15,000 grid-connection hours.

*More than half the world’s population lives within 100 km (62 miles) of a coastline, and in many locations, the power of the waves is available around the clock.

Being easy to build and cost efficient these floaters also have little negative impact on the environment. Gibraltar has been a test site and Eco Wave’s plan for further expansion are on the horizon!